John Williamson: The case for firing the governor of the Bank of Canada | Hill Times 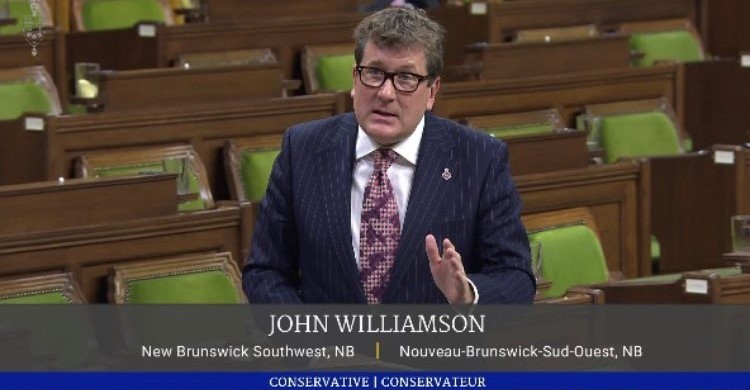 Canadians should expect two things from their central bank: independence and single-mindedness. And if the governor of the Bank of Canada can’t deliver on these two essential components of the job, then he or she should be replaced by someone who can.

When it comes to monetary policy, the Bank of Canada’s only job is to keep the country’s inflation rate at an average of two per cent, with one per cent of wiggle room on either side, by adjusting its benchmark interest rate. As its own website declares: “We are Canada’s central bank. We work to preserve the value of money by keeping inflation low and stable.”

Unfortunately, as all Canadians are now painfully aware, inflation has been neither low nor stable. The year-over-year rate recently shot up to 6.8 per cent and shows no signs of stopping. Many economists expect it to hit seven per cent shortly. Worse still, the rate has been above the supposed top end of the target range of three per cent since April 2021. That’s more than a year of constant failure.

Rampant inflation affects everyone, although it hits the most vulnerable hardest. As Bank of Canada Governor Tiff Macklem told the House of Commons Finance Committee last month, “Inflation at five per cent for a year—or three points above our target—costs the average Canadian an additional $2,000 a year.” With inflation far above five per cent, the real cost is higher still.

Given that Macklem has been at the helm of the central bank throughout this recent run-up in inflation, is it reasonable to hold him to account for this failure? We must certainly acknowledge several external factors beyond his control, such as the global pandemic, massive supply-chain shocks, and a war in Ukraine. To determine how well Macklem has personally performed under these circumstances, we need to return to our two key indicators: independence and single-mindedness.

When previous Bank of Canada governors found themselves at the centre of a political controversy, it was because they were defending tight monetary policies in a time of expansive government spending. The famous Coyne Affair in 1961 saw then-governor James Coyne face off against the Diefenbaker government, which wanted lower interest rates to spur the economy. Similarly in the early 1990s, then-governor John Crow took a determined and principled stand against inflation, and for this Liberal leader Jean Chrétien made him the villain of the 1993 federal election.

In both these historical incidents, independent-minded governors found themselves at odds with politicians who wished to ignore the true implications of inflation. And in both cases, the governor in question was eventually replaced.

Fast-forward to 2022. Today, Canada is once again in the hands of a government that clearly does not care about inflation. The Trudeau government has delivered the biggest deficits this country has ever seen. The federal debt recently hit $1.1-trillion and is growing at the rate of $144-million per day. With the economy now coming back on track, continued public spending on this scale creates huge inflationary pressures.

Unlike his predecessors Coyne and Crow, however, Macklem has chosen not to push back against the massive wave of fiscal stimulus coming out of Ottawa. Rather than distinguish himself as an independent-minded inflation fighter, Macklem has stood by while the federal government embarks on a seemingly endless borrowing binge.

Obligingly, Macklem even kept a lid on interest rates ahead of and during the 2021 federal election campaign, despite mounting evidence at the time that inflation above three per cent was no longer a temporary aberration, but quickly becoming a long-term reality. Under his watch, the Bank of Canada has essentially enabled the government’s deficit-spending habits by keeping interest rates low—compounded by purchasing hundreds of billions of dollars of debt in an unprecedented expansion of our central bank’s balance-sheet—which has allowed inflation to take hold. Where’s the independence in that?

As for single-mindedness, it appears the current governor worries about a lot more than just inflation. During his short tenure, the Bank of Canada has spoken out on everything from climate change to Indigenous reconciliation to social justice. He also signed a new Monetary Policy Framework with Ottawa that commits the central bank to supporting “maximum sustainable employment.”

All these may be worthy policy topics. But they’re properly the concern of elected officials, not an institution that’s supposed to be laser-focused on keeping Canada’s inflation rate at two per cent. Anyone who claims to have such a large number of priorities actually has none.

For more than a year, the Bank of Canada has failed in its main mission of keeping inflation within the target range. If, during this time, the governor had displayed the requisite sense of independence and single-mindedness—as his famous predecessors once did—then he might have some claim to keeping his job. He has not. And Canadians have every right to hold him to account for that.

Setting such an uncompromising standard for performance by the governor won’t undermine the credibility of the central bank. It will strengthen it, by ensuring the next governor takes his or her responsibilities far more seriously.

John Williamson is Conservative MP for New Brunswick Southwest and chair of the House of Commons Public Accounts Committee. He is supporting Pierre Poilievre for Conservative Party leader.