John Williamson: Why Canada needs to prioritize pensioners in bankruptcies 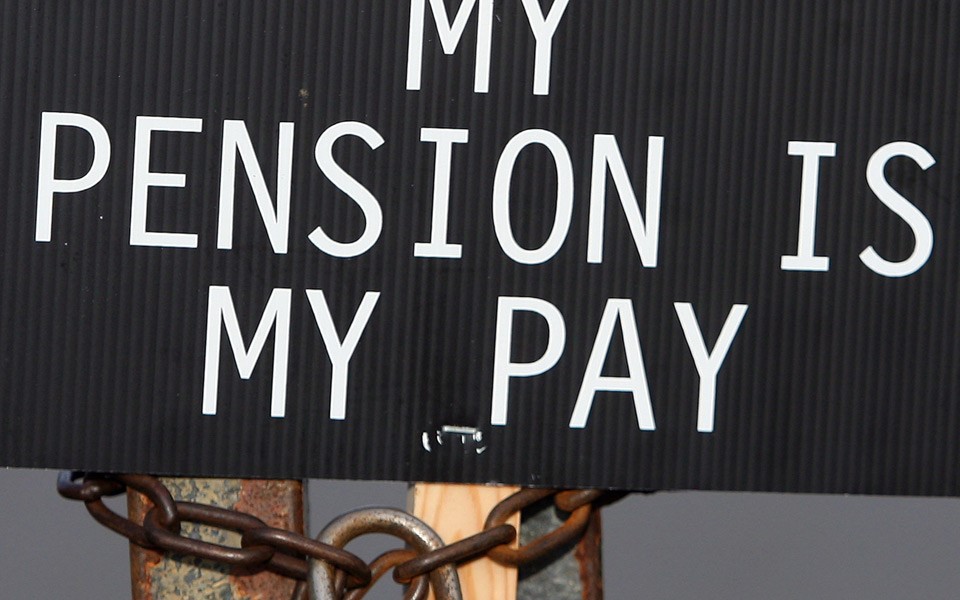 “Let’s get one thing straight right off the top: a company pension is not a reward for sticking around for a long time, a bonus or even an investment in a company’s success. It’s an integral, contractual component of an employee’s entire compensation package.

“When an employer offers a pension plan to its staff, it is providing a form of deferred earnings. The employees agree to accept lower wages during their working years in exchange for promised monthly pension cheques once they stop working. But in Canada if something happens to break that promise – a corporate bankruptcy, for example – those workers can be robbed of their full salaries. That’s wrong. And it needs to change.

“Canada has plenty of experience with workers getting ripped off in this way. High-profile examples include tech giant Nortel Networks in 2009 and retailer Sears Canada in 2017, both of which went bankrupt with underfunded defined benefit pension plans. Employees at these companies have been denied the full value of their expected retirement incomes. For retirees, most of whom cannot simply go out and find another job, this is a very serious situation. And it’s made more difficult by how Canadian bankruptcy law treats pensioners.

“The problem arises because pensioners are currently at the bottom of the list when it comes to settling a corporate bankruptcy. When a company goes bankrupt, a trustee steps in to recover as much money as possible from what’s left of the firm, and then divides that among all creditors. In most bankruptcies, of course, the amount owing to creditors is much greater than the pot of cash that remains.

“In such situations, the trustee pays out according to a prioritized list. Government claims for taxes owing, such as HST and source deductions come first. Next in line are secured creditors, such as banks that have lent money to the company backed by collateral, as well as employees owed unpaid wages. After that come preferred creditor claims, such as trustee fees, rent and municipal taxes.

“Only after all these other claimants have been satisfied, and only if there is any money left over, are the remaining unsecured creditors offered a payout. If the bankrupt company has an underfunded pension plan, this is where pensioners will find themselves – the last ones in line for a payout.

“As a result, pensioners often get a mere fraction of what they are owed in bankruptcy settlements. When Sears Canada shut down, it left behind a $260 million pension shortfall; pensioners ultimately received just $55 million from the trustee, or 22 cents on the dollar. They also got some money from class-action lawsuits.

“To help prevent future pension crises like the Sears debacle, I am supporting private members bill C-253 sponsored by BQ MP Marilène Gill. Bill C-253 seeks to remedy this unfair situation by treating pension plans as a priority creditor, moving them up nearer to the top of the repayment schedule along with current employees. This will help pensioners get more of what is owing to them in bankruptcy situations.

“With the federal government currently reviewing pension plan rules, now is the time to make this change. It is particularly relevant given the recent volatility in the stock markets. While the funded ratio for large corporate pension plans is around 91 percent – meaning the average pension plan in Canada holds assets sufficient to cover 91 cents of every dollar owed to future pensioners – this ratio fell to nearly 80 percent during the COVID-19 stock market crash last year as pension plans took a big hit. Thankfully, the funding ratio has since bounced back. But with many firms still in dire straits due to the pandemic, and with the stock market continuing to gyrate wildly, Ottawa should act now to ensure pensioners are treated with the respect and concern they deserve.

“Some critics may claim any change to the priority order of creditors will make it harder for struggling firms to get bank loans, or prompt some firms to shut down their pension plans altogether. There will always be consequences to taking action, but the current system is clearly unfair to some of the most modestly paid and hardest working people in the country. And keep in mind Australia already prioritizes pension claims before unsecured creditors without causing any obvious economic hardship. Other countries, including the United States, also have pension benefit guarantee funds that step in to protect pensioners in the case of corporate bankruptcy. Only Ontario has such as system in Canada.

“Since pension cheques are simply deferred paycheques, we need to treat both forms of compensation the same under Canada’s bankruptcy laws.”