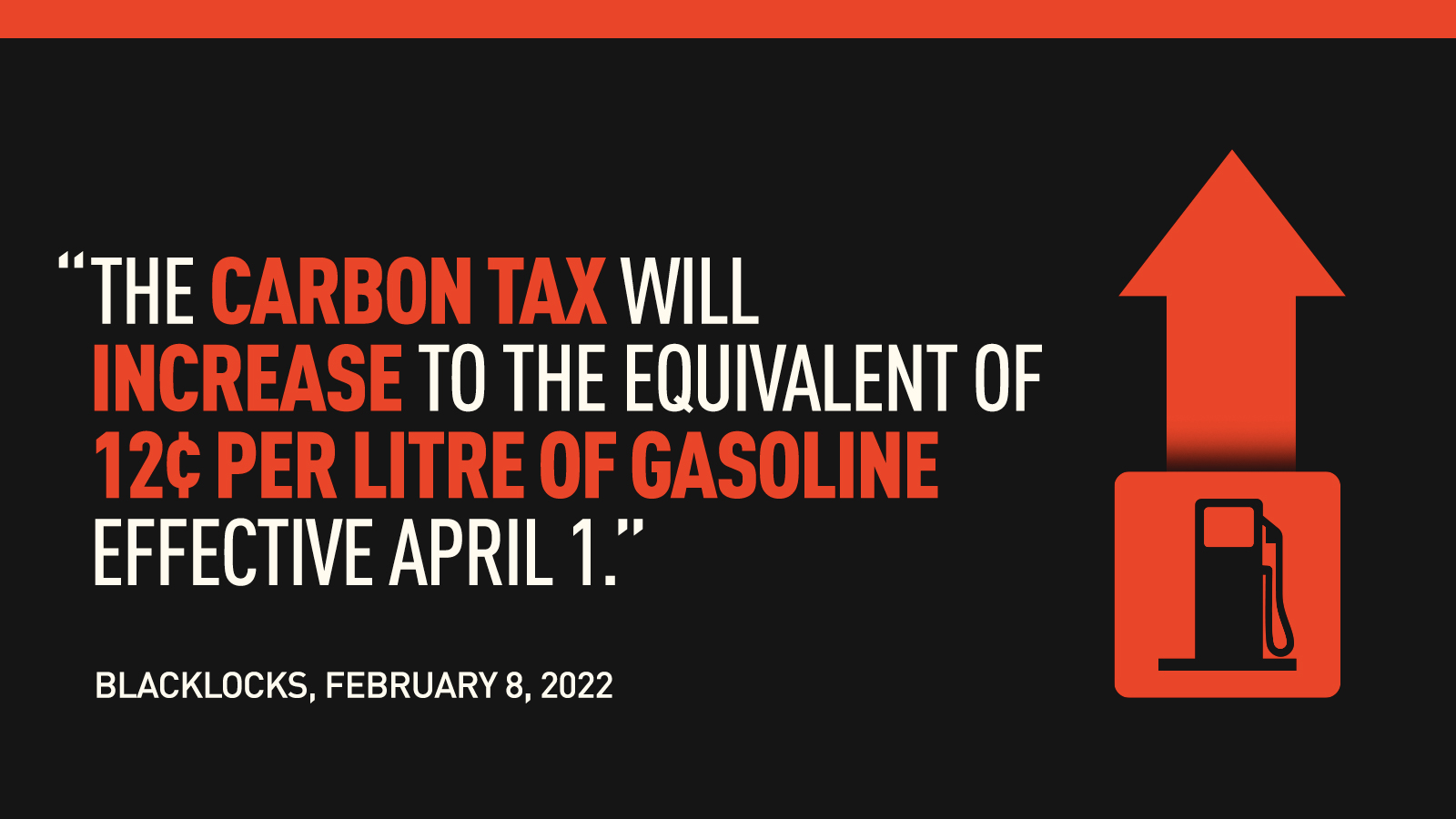 Canada’s carbon tax will again go up on April 1, which will further increase already sky-high prices. The Liberal government has rejected calls to defer its regressive carbon tax, which hurts people with modest and fixed incomes the most.

Doing so wouldn’t end the regressive carbon tax since the Trudeau Liberals have mandated an equivalent federal carbon tax, so-called backstop, but it would result in people in New Brunswick receiving quarterly payments from Ottawa.

Only families in provinces that have NOT agreed to adopt the Liberal’s carbon tax scheme receive cheques: Ontario, Manitoba, Saskatchewan, and Alberta.

New Brunswick should join this list to help struggling seniors and working families.